Warning: Declaration of UTCW::widget(array $args, array $instance) should be compatible with WP_Widget::widget($args, $instance) in /nfs/c08/h04/mnt/125740/domains/mulysa.org/html/blog/wp-content/plugins/ultimate-tag-cloud-widget/utcw-widget.php on line 0

Warning: Declaration of UTCW::form(array $instance) should be compatible with WP_Widget::form($instance) in /nfs/c08/h04/mnt/125740/domains/mulysa.org/html/blog/wp-content/plugins/ultimate-tag-cloud-widget/utcw-widget.php on line 0
 Alnus rubra | mulysa.org
Skip to content 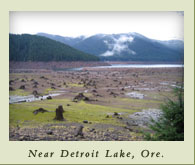 Red alder
Driving back to Portland through the Cascade range we saw lots of red alder stands mixed into low elevation conifer forests. It grows in moist places such as banks and flood-plains. The alder was in bud, the pinkish catkins hanging all over the trees giving them a warm haze of color. Around Detroit lake we drove past a place where the steep slopes along a damned up river were almost bare. At some point the dam there had held back a lot of water. Open plains of dead forest where the water level had reached now supported only moss, bits of crayfish and broken bottles. Stumps of Doug fir that had been harvested in anticipation of the flooding were evenly spaced along the desolate clearing, and showed evidence of erosion. Given the amount of exposed root system around the stumps, a foot or more of soil must have washed away. That’s what the photo shows. There could be a picture of Alder, but image says more about the day. Doug fir, despite it not actually being here anymore, has already been plant of the day. And alder is likely to be on of the first trees that grows back on this damaged ground. If, that is, whoever controls the damming of this river doesn’t raise the water level again. It may be a seasonal fluctuation though, storing spring runoff over the hot months. I don’t know. For more about dammed rivers, read Arundhati Roy’s book “The Cost of Living”. It’s only about 100 pages, just two essays: ‘The Greater Common Good’, on the consequences of huge dam projects in developing countries; the second part, ‘The End of Imagination’ (published in The Nation in 2000) is about nuclear war.

The inner layer of bark is edible and medicinal.
The wood is good for smoking fish, carving into bowls and traditional Native American items.
The bark makes a red dye that Native Americans fixed with urine and used to color baskets and fishing nets.
The branches make a interesting and long lasting addition to cut flower arrangements when the catkins are budding.
The tree has a relationship with a fungi or bacteria that allows it to fix atmospheric nitrogen. This improves soil, paving the way for other species in the succession to follow. It lives for only about 50-60 years, growing 25 feet tall.

I love my work as a landscape designer and artist. When I'm not planning homesteads or working in the studio, you'll find me hiking, photographing, gardening, baking, cooking vegetarian meals with friends, reading and working on sustainability issues...with my baby on my hip in Portland, Oregon.
View all posts by Mulysa →
This entry was posted in Uncategorized. Bookmark the permalink.